Feedback: 269 / 1 / 0
People who fly share some of their experiences with each other. Non flying people can appreciate it too. I used to work for a company that did a lot of DOD flying and wasn't able to post so much but now I'm on to a contract freight company and opsec isn't as big of a deal. So I thought I'd start a thread to share some of the ordinary (and not so ordinary) moments of life out on an airplane. If you've got good pics from an aviation career post them up here.

I'll start with this simple pic. Sunrise over the Sierras going into LAX. 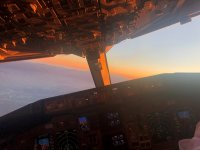 I do look forward to hearing some of you front left seater's stories and will leave this below for your viewing pleasure!

Feedback: 28 / 0 / 0
Being the Director of Maintenance and pilot at a WWII museum has its perks. We have 11 airplanes. 9 flying and 2 under restoration. I’ve got a lot of pictures of flying the airplanes. I’ll put them up in this thread sometime. In 2018 we flew the B-25 to Italy for Catch 22 on Hulu. I’ve got enough photos and video of that to warrant its own thread.

I do look forward to hearing some of you front left seater's stories and will leave this below for your viewing pleasure!

Zimm said:
I have you been to eville and seen the jug
Tar Heel Hal is now at the museum there
Click to expand...

I saw it in the local news but have not been to seen it yet. Rest assured that I will!

I was actually on the committee 30ish years ago to acquire one and restore it for E'ville, but that faded out after a few years. I suspect some of the people who brought this one to E'ville now include some leftovers from that old committee. Some very passionate folks were involved back then, but we could not generate the funds needed at the time. I suspect some never gave up and kept up enough interest to finally make it happen. 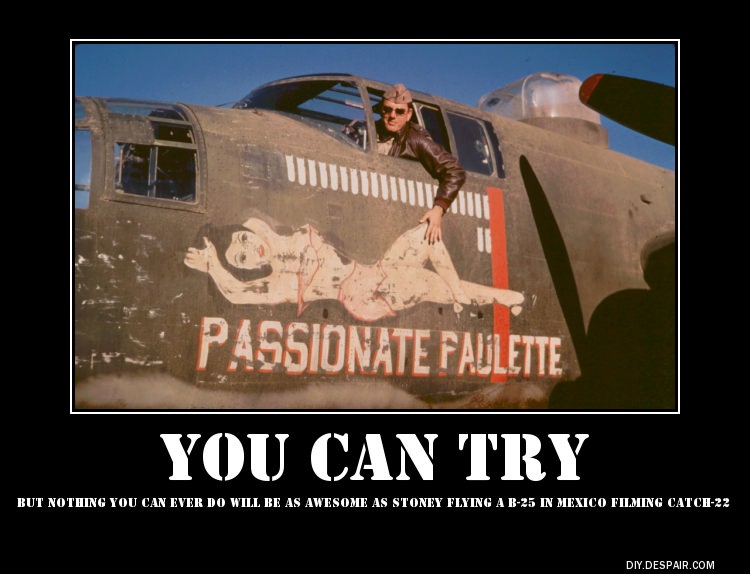 MikeD718 said:
Being the Director of Maintenance and pilot at a WWII museum has its perks. We have 11 airplanes. 9 flying and 2 under restoration. I’ve got a lot of pictures of flying the airplanes. I’ll put them up in this thread sometime. In 2018 we flew the B-25 to Italy for Catch 22 on Hulu. I’ve got enough photos and video of that to warrant its own thread.
View attachment 102321
Click to expand...

Out at Clermont Co. Airport?

Location
One Nation Under God

Feedback: 56 / 0 / 0
I'll bite on this one. Went up and watched the sunset at 10,000ft a couple weeks ago. That's Reelfoot Lake and Mississippi River under my wing.

SWOHFAL said:
Out at Clermont Co. Airport?
Click to expand...

Yeah. We’re across the runway from Sporty’s. 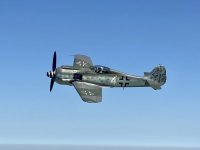 Feedback: 16 / 0 / 0
My time is long since past. Lots of pics, and we’ll eventually find them. Not much for cockpit pics other than a few pics over the glareshield at the tundra and Great Slave Lake at dusk, plus some crappy pics of the aurora.
But we’ll dig em out and maybe write a book someday, who knows.

My time is long, long past. I’m a dinosaur up there now. A man without a place.

MikeD718 said:
Yeah. We’re across the runway from Sporty’s.

Are you guys reproducing the entire aircraft like they were doing in Germany? If so, it’s a worthwhile project.

ExCdnSoldierInTx said:
Are you guys reproducing the entire aircraft like they were doing in Germany? If so, it’s a worthwhile project.
Click to expand...

The airplane started as a Flug-Werk reproduction. It was donated to the museum after the donor was given the run around by Flug-Werk. It showed up as an empty shell with a Chinese produced Russian knock off of the R-2600 engine, Shvetsov AsH-82 and a MT propeller.
The airframe and wings were built on original Focke Wulf tooling. The tail gear and data tag are from an original F8/R1 that was crashed and recovered in Germany.
We started over and went with the R-2800-57M2 and a Hamilton Standard 33E60 prop. Looking back a R-2000 probably would have worked just fine, but there’s something about 2000 HP in a sub 7000 lb airplane.
The entire firewall forward (including mount and cowlings) wheels, most of the main gear, canopy, fuel tanks, flight control systems, etc... basically everything but the empty hull/wings and main gear struts was done in house.

Isnt the f8 the stromjager? 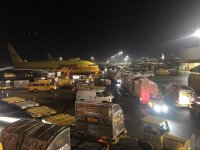 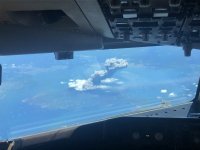 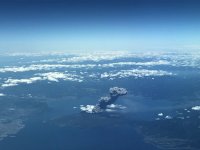 adam762 said:
so.... come to CVG (if you can find a bridge) and watch the cargo operation one night.
Click to expand...

I worked off the DHL ramp at CVG for about 5 years when I was with Ameriflight. Keeping those old Metros and Brasilias flying was a challenge but I enjoyed myself. 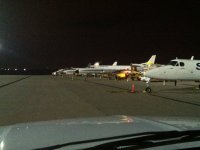 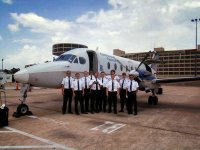 Volcano was in southern Japan. We were enroute from Kadena to Iwakuni at the time. But the actual name fails me at the moment. 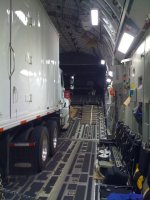 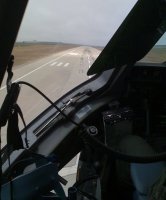 Feedback: 269 / 1 / 0
Less impressive in some ways and more in others..... pressure line for one of the outboard aileron actuators. Came apart shortly after takeoff and dumped the left hydraulic system over Indiana in no time flat. Engine pump burned out in short order. Down one hydraulic system, the horizontal stab moved at half speed so the autopilot couldn’t really control the aircraft on approach, and it started to porpoise. The reduced hydraulic volume ran the slats and flaps at a lower speed which induced a slat asymmetry fault while the FO was trying to manually put the plane on the runway. A third of the spoilers were offline with the left system and brake pressure was also reduced with the left system loss. Oh, and the equipment cooling had been acting up all flight.

It would make for an awesome simulator exercise except it happened this morning and I got to fix it. Gotta earn yer money every now and then I guess. 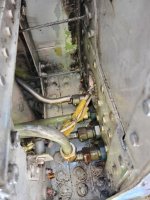 Feedback: 28 / 0 / 0
Man, one thing I will NEVER miss from working on jets..Skydrol. I haven’t had to work on a Skydrol system in over 10 years. Looking through my tool box a couple weeks ago, I found my bottle of castor oil. I still vividly remember the day I got some I’m my eyes...twice. 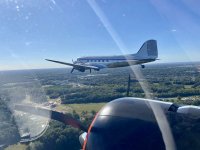 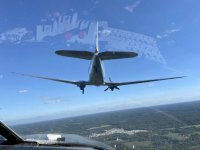