Feedback: 140 / 0 / 0
After letting a couple slip through my fingers, I finally landed a long sought after addition to the wheelgun familiy... 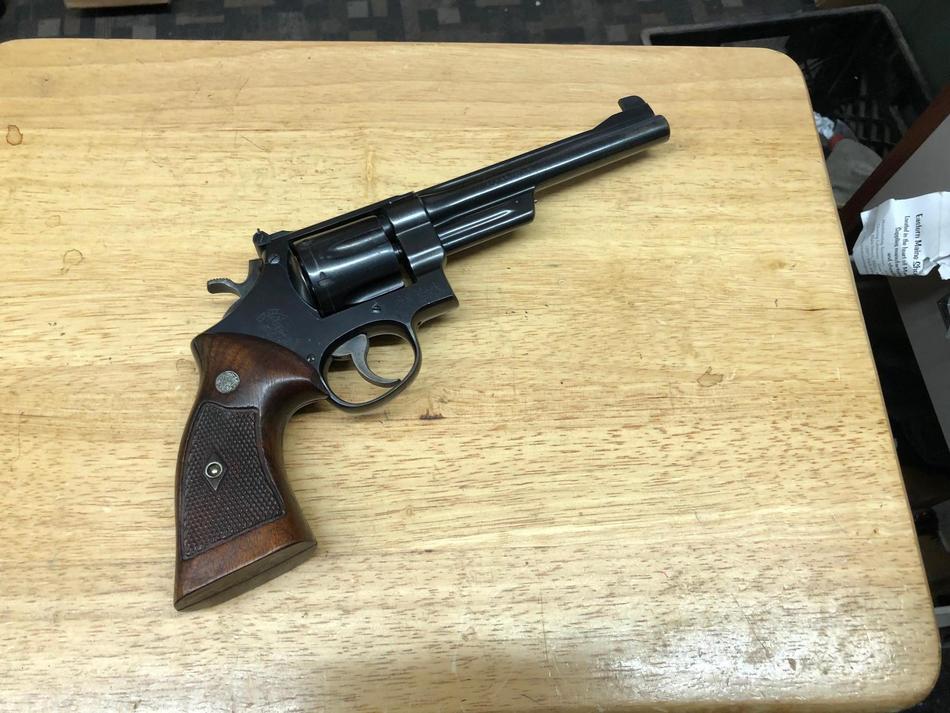 Feedback: 69 / 1 / 0
I just fired my M1955T (pre-25) yesterday with full moon clips and factory ball ammo.
I also load 45 Autorim with semi wadcutters for it, too.
It's the one revolver I'd never sell.
What red blooded 'merican male doesn't love an N-frame Smith?
T

Feedback: 2 / 0 / 0
Pretty sure Smith never made many of those, so no experimenting with near .44 mag loads for it.
P 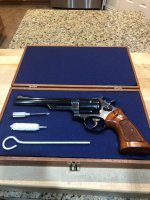 Feedback: 509 / 0 / 0
To the OP, I remember purchasing my first 25. It was brand new, even in the S&W marked cardboard shipping box. I bought it from a guy who ordered it brand new, then found out it "was not a Colt" like they told him! He thought when he ordered it that buying "a 45" meant automatically it was a Colt 45. hehe. I got it for the full price of $350. It took years for me to take it out of the box and shoot it with my good shootin' buddy. Eventually, though, it went away to buy something else..........a Model 53 in the box with inserts.

Frontline, those boxed N frames sell well. The 6" guns bring the least, but still should fetch around $1200 or so, maybe higher if a guy is looking for that particular one. I know, I've had them. The really short snubs bring the premium and the .45 Long Colt's bring the most around here.

Abominog, I used to think like you, but those earlier A models just didn't like most ammo. These revolvers work nearly every time, so that puts them slightly ahead. But, I like me a good S&W of any flavor. Personally, I think they are better than a fine Colt. I've had them all, it seems. I still have a few Colt's, but like those Smith's. 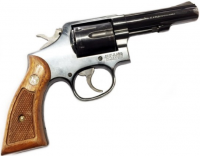 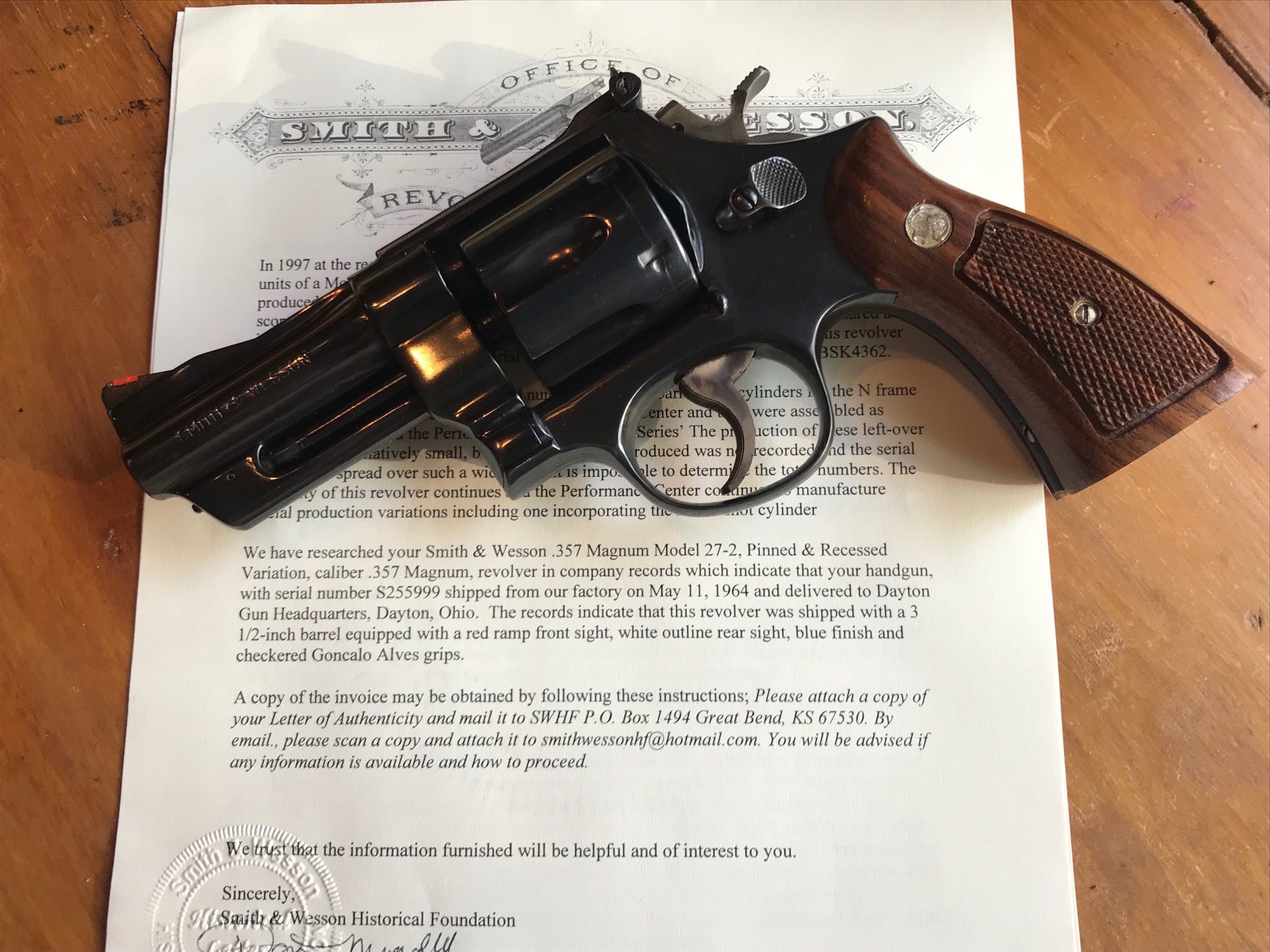 Here are my four. 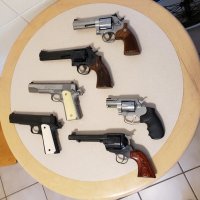 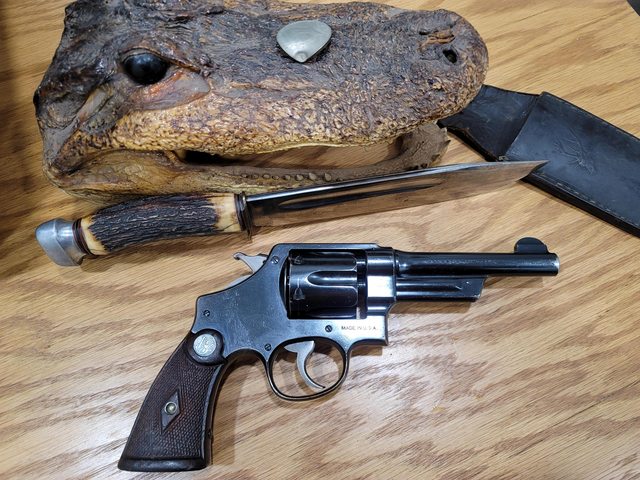 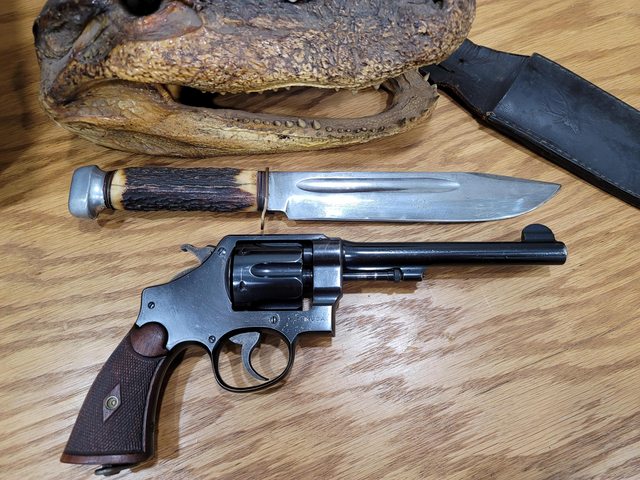 That 4 inch 44 special reminds me of a story about Jelly Bryce in a gunfight. Love them old stories and the guns they used.

"During his tenure at OKCPD, Jelly Bryce favored a Smith & Wesson 3rd Model Hand Ejector, in .44 Spl. The sixgun had fixed sights and a 4" barrel" 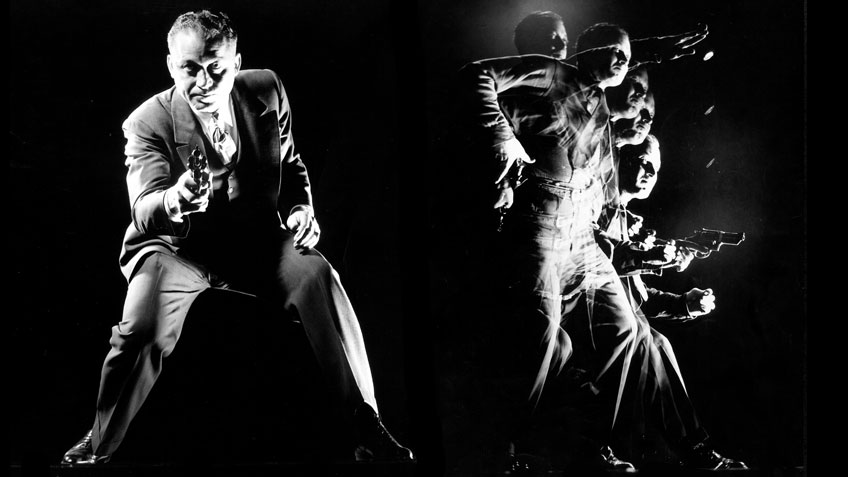 An Official Journal Of The NRA | Profile: Jelly Bryce—Oklahoma Gunfighter

Delf A. “Jelly” Bryce was a lawman who could match it with just about any of the 1930s gangsters and could also please a crowd with his expert marksmanship. How good was the FBI agent with a gun? Good enough to land in the pages of LIFE Magazine.

Nice 44’s there Leland. Not a thing wrong with that stag handle blade either. Marble’s I’m guessing?

I've got a few Smith's but the only .44 special DA revolver I own is a 696. The .44 S is such a sweet cartridge.
You must log in or register to reply here.
Share:
Facebook Email Link
Top